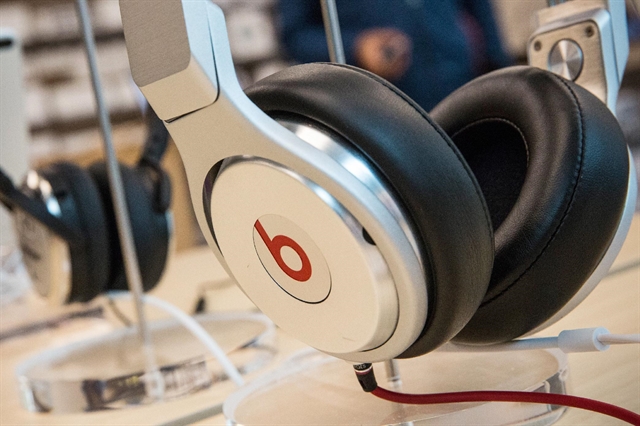 HÀ NỘI — Apple is planning to partially manufacture its rumoured over-ear headphones in Việt Nam, as the tech giant looks to diversify its manufacturing base amid rising tensions between the United States and China during the COVID-19 pandemic, according to a report by The Information.

“The move would be the first time Apple has used factories in Việt Nam to produce an entirely new product, instead of relying on them to supplement manufacturing of an older model already produced in China,” the US digital media company said.

Two Chinese contract manufacturers – Goertek and Luxshare – are expected to assemble the products in both China and Việt Nam.

The new headphones, rumoured to be called AirPods Studio, will be different from the existing Beats headphones with a variety of new features, including ear and neck detection and custom equaliser settings. The new headphones will have a stronger focus on touch-control technology with different interchangeable magnetic bands, according to Bloomberg.

The company is rumoured to be releasing the new products in autumn with retail price of US$349.

Earlier this month, Nikkei Asian Review reported that Apple will shift around 30 per cent of its classic AirPods 2 production – about three or four million units – to Việt Nam from China this quarter. — VNS