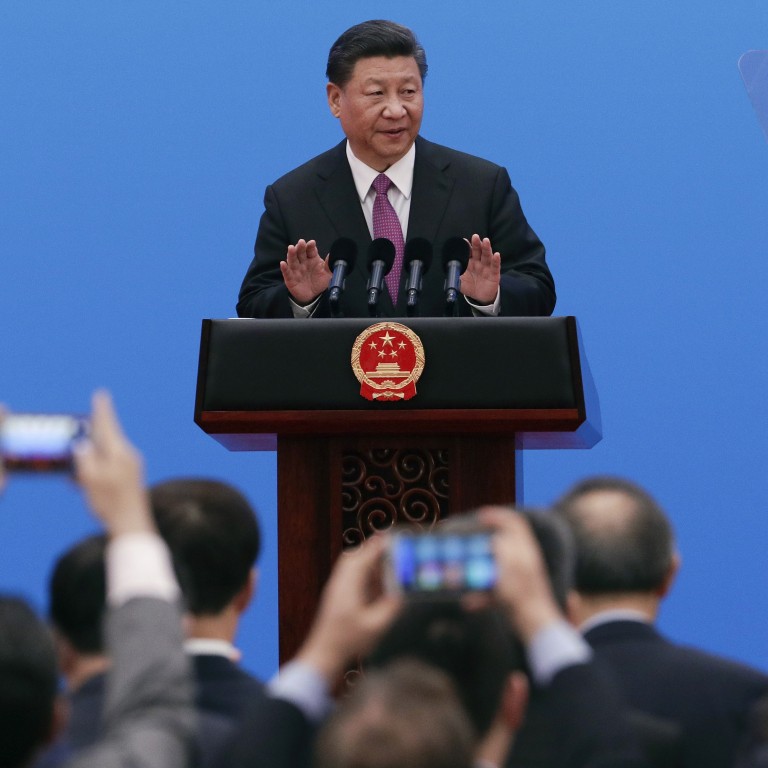 The value of new projects across  61 countries fell 13% to US$126 billion in 2018, with the figure falling further 2019, according to Gave Dragonomics

The project was launched in September 2013 by Preisent Xi Jinping, but China' access to available funds has since diminished

The value of new projects spread across 61 countries involved in the plan fell 13 per cent to US$126 billion in 2018 compared to the previous year, with the figure falling a further 6.7 per cent in the period up to August 2019, according to a report by Gavekal Dragonomics. Existing contracts also dropped 4.2 per cent over the first eight months of 2019.

This is, in part, due to the level of funds available to invest in other countries having fallen sharply, with an International Monetary Fund report published in July showing that China’s current account surplus has dropped to close to zero for the first time since 2012.

In addition, Chinese state banks have become more cautious about lending to projects under the strategy, which is China's plan to grow global trade. Some member countries, including Myanmar, Sierra Leone and Tanzania, are also reluctant to borrow large sums of money due to debt fears, while some have reduced planned borrowings or even cancelled unaffordable projects, the Gavekal Dragonomics report said.

China committed to making only two Belt and Road Initiative-related loans over US$1 billion in the first half of 2019 – US$1.2 billion to Egypt and US$2.5 billion to Pakistan, according to the report. Overall, according to the China Global Investment Tracker from the American Enterprise Institute, China made 46 loans of over US$1 billion for overseas investment projects in 2016, with that figure dropping to 28 last year.

“On the one hand, tighter financing and more stringent project controls are forcing Chinese construction firms to be more circumspect,” said Tom Miller, a senior Asia analyst at Gavekal Dragonomics and author of the report. “On the other hand, host countries are becoming more careful about agreeing to Chinese-sponsored projects, as they seek to avoid becoming financially tethered to Beijing.”

President Xi launched the project to build infrastructure to connect China with East Asia, Africa and Europe in September 2013. The initiative has since been a vehicle for the world’s second largest economy to shift some of its excess manufacturing capacity in steel, cement and other building materials to developing economies. This has also helped to offset the slowing of its own domestic economy, with investment in and financing for the projects dominated by state-owned enterprises (SOEs).

China’s cumulative investment in Belt and Road Initiative countries has exceeded US$100 billion, with the value of the construction projects alone over US$720 billion, vice-minister of commerce Qian Keming said last month.

The country has signed more than 190 cooperation documents with over 160 countries and international organisations and has jointly established 82 overseas industrial parks, according to Wu Haitao, China’s deputy permanent representative to the United Nations.

However, in the first half of 2019, China’s investment and construction activity around the world plunged by over 50 per cent compared to the first half of 2018, while new projects under the belt and road plan dropped sharply, according to a report published in July by Derek Scissors, resident scholar at the China Global Investment Tracker from the American Enterprise Institute.

Scissors said Chinese SOEs were still moving car and steel capacity overseas and building new motorways and cement plants in developing economies, but that is now “on a smaller scale” compared to the 2016 investment peak.

“The principal explanation is that fear of balance of payments and exchange rate weakness has caused rationing of the hard currency used to make investments and finance construction,” Scissors said in the July report, echoing the theory later laid out in the latest Gavekal Dragonomics report.

Amid mounting scepticism over the plan, Xi stressed at the Belt and Road Initiative Forum in April that infrastructure construction has to be “high-quality, sustainable, resilient, affordable, inclusive and accessible”. China has also recognised that some projects under the plan were leading to excessive levels of debt for the developing countries involved and pledged to improve the sustainability of countries that have received large amounts of investment over a short period of time.

“The crucial issue to watch is how these announced measures could be implemented in practice. It is not going to be a smooth process, as political considerations and the soft budget constraints and guaranteed government bailouts for Chinese SOEs and state-owned banks will continue to foster the existing problems and risks and thus stand in the way of improving debt sustainability,” said Alex He, a research fellow at the Canada headquartered think tank Centre for International Governance Innovation.