FROM JUST IN TIME TO JUST IN CASE: COVID-19 BRINGS SUPPLY CHAIN RESILIENCE TO THE FORE

FROM JUST IN TIME TO JUST IN CASE: COVID-19 BRINGS SUPPLY CHAIN RESILIENCE TO THE FORE 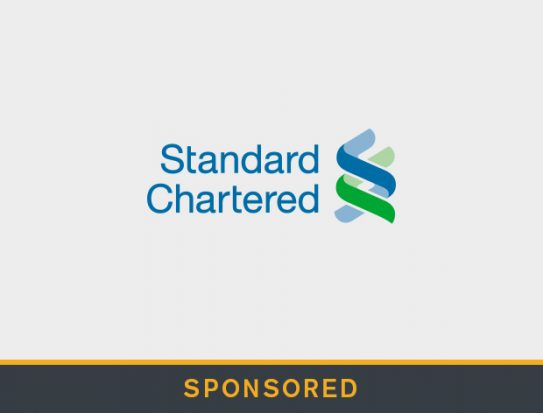 Global supply chains, already reeling from the recent disruption of the US-China trade war and economic instability, are now being stretched thin by the impact of the novel coronavirus (Covid-19) outbreak. Is it time to rethink the way we trade?

As the world counts the human and economic costs of Covid-19, global supply chains – already stretched thin by the turbulent geopolitical environment – are showing the strain.

The outbreak, which was first identified in the highly industrialised mainland Chinese city of Wuhan in December, has caused factory closures, halts in production and delayed shipments worldwide. The United Nations Conference on Trade and Development (UNCTAD) is estimating a potential US$50bn decrease in exports across global value chains as a direct result of the virus.

“There is an enormous impact being felt across the board,” says Michael Sugirin, global head of open account trade at Standard Chartered. “This has been a substantial blow to the electronics sector in particular, given China’s dominant role in that industry, as well as to the automotive sector, with companies like Nissan, Toyota and Hyundai affected by disruptions in component production.”

Delays in goods leaving markets affected by the virus are also impacting heavily upon the working capital cycle of suppliers, as they receive payments later, creating a knock-on effect into the long tail of downstream suppliers. “It is possible that the impact may drag on longer than initially envisaged,” says Samuel Mathew, global head of documentary trade at Standard Chartered. For SME suppliers, this is particularly worrying. Recent Standard Chartered research showed that only 31% of SMEs in China can survive for three to six months based on current conditions.”

One fact is beyond doubt: Covid-19 has laid bare the vulnerabilities of the world’s supply chains.

A decades-long focus on global sourcing and supply chain optimisation to minimise costs, reduce inventories, and boost asset utilisation has enabled companies to deliver more products to customers at the lowest price with higher profits. Unfortunately, this same globalisation and optimisation means that a disruption at one supplier can be detrimental to operations for a company located half a world away.

“Events like coronavirus are rare, but the impact of them are so much greater because the world is so interconnected. Modern supply chains are longer and more complex than ever before, often spanning multiple countries across multiple continents,” says Mathew.

Is diversification the answer?

This is not the first time that concentration risk in supply chains has been brought to the fore by a crisis. When the Japanese earthquake of 2011 closed the Shirakawa factory in Fukushima prefecture – a huge plant owned by Shin-Etsu Chemical – it also took offline one-fifth of the world’s production capacity of advanced silicon wafers, a vital component for semiconductor manufacturing, to dramatic effect.

“Even though these are one-off events, there is a definite need for companies to build in greater resilience to mitigate their effects,” says Mathew.

The increasingly turbulent geopolitical environment of recent years has already prompted many companies to reassess their sources of inputs. “Even before the coronavirus pandemic, we saw some supply chain diversification as a result of the US-China trade war, particularly in manufacturing and textiles,” says Mathew, adding that several companies have pinpointed countries such as Cambodia, Vietnam, Bangladesh, Thailand and even Mexico as alternative sources of supply. “Meanwhile, Chinese suppliers have started looking at where they put their production capacity, setting up either joint ventures or putting their own subsidiary or investment into other places in Asean, for example,” he says.

However, while corporates may have been able to lessen the impact of tariffs on their trading activity, the complexity of dealing with such a novel threat throws up new challenges. As The Art of War, an ancient Chinese military treatise, would have it: “If you know your enemy and you know yourself, you’ll win a hundred battles.” As an enemy, coronavirus remains largely unknown.

“While those corporates that have already diversified their supply chain away from mainland China are probably in a much better situation, the trade wars did not happen overnight,” says Sugirin. “Corporates affected have adjusted to the situation and instead of having just one larger supplier, they have sought out maybe four or five in different countries in order to have a plan B and a plan C. Compare this to when the coronavirus hit. It happened so quickly that nobody was prepared, and nobody had that plan B or plan C.”

When it comes to supply chain diversification, what is a good option in one crisis may be quite the opposite in another, as the example of South Korea shows. After tariffs drove US companies to switch their focus from China, the country’s skilled workforce and prowess in electronics manufacturing saw it pick up an additional US$1.1bn in exports in the first half of 2019. Less than a year later, companies from Samsung to Apple have been forced to close their Korean factories as the country battles against coronavirus.

For many companies, therefore, mitigating risk by adding new suppliers is just part of the solution. To ensure business continuity during this current challenge, many have also begun to broaden their output.

“As it stands, we are already starting to see some real innovation in supply chain agility. Several auto and electronics companies are quickly repurposing their production lines and logistics chains to produce masks and ventilators to address current shortages. Some smaller outfits are also starting to delve into 3D printing of masks. These emergency measures may well define the supply chain agility of the future,” adds Mathew.

Meanwhile, others still are looking at ways to build in a buffer to shield themselves from the worst effects of unpredictable events such as Covid-19. “To minimise the impact, some corporates are focusing on becoming even more efficient,” says Sugirin. “We’re seeing a significant amplification of the move into digital, and there are a multitude of options available today.” He points to leveraging digital supply networks to gain real-time insights into where supply chains are strained, where there is an opportunity to strengthen them, and where there is an opportunity to obtain finance.

“In the past, there was more focus around efficiency and potential weak points. But as we embark upon the data decade, events such as coronavirus bring into sharp focus the opportunity of using data as a means to manage risk and opportunities,” he says. This would also include ending physical or paper-based trade to ensure that a supply chain is fully digitised and all partners along the supply chain are digital as well.

While the disruption brought about by the Covid-19 outbreak is just the latest in a string of events affecting the current supply chain model, it is arguably the most disruptive.  As more and more companies start to re-orient from cost competitiveness to risk competitiveness by diversifying their options and leveraging digital tools, the likelihood of building  more resilient supply chains to future-proof global trade is strong.