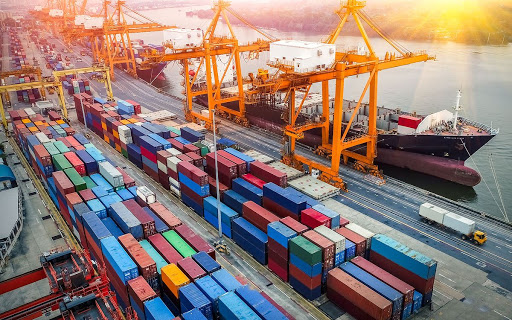 HÀ NỘI — Credit growth for the remainder of the year will be driven by imports and exports, according to a recent survey by the State Bank of Việt Nam.

The bank’s Monetary Forecasting and Statistic Department say almost half (49 per cent) of credit institutions that took part in the survey believe this will be the major impetus to boost credit.

Wholesale and retail (47 per cent), garment and textile (41 per cent) and construction (40 per cent), were the next best industries according to the findings.

These four sectors were also expected to push credit growth in 2021 with import and export predicted to be the major driving force.

Credit institutions expected a significant increase in credit demand in the second half of this year, based on economic recovery forecasts and demand for business expansion.

Credit risk level of loans in the second half of this year was lower than the first but for the whole year, the risk level would be higher than 2019, the survey found.

Credit institutions said they had cut marginal interest rates and costs in the first six months of 2020 to increase credit accessibility for customers. Lending terms would also be more relaxed.

The central bank’s statistics showed credit expanded at less than four per cent in the first seven months of this year, equivalent to only half of the same period last year.

Trần Du Lịch, member of the Prime Minister Nguyễn Xuân Phúc Economic Advisory Council, said the credit growth would hardly reach the target of 10 per cent this year, given the low credit absorbability of the economy in the COVID-19 pandemic.