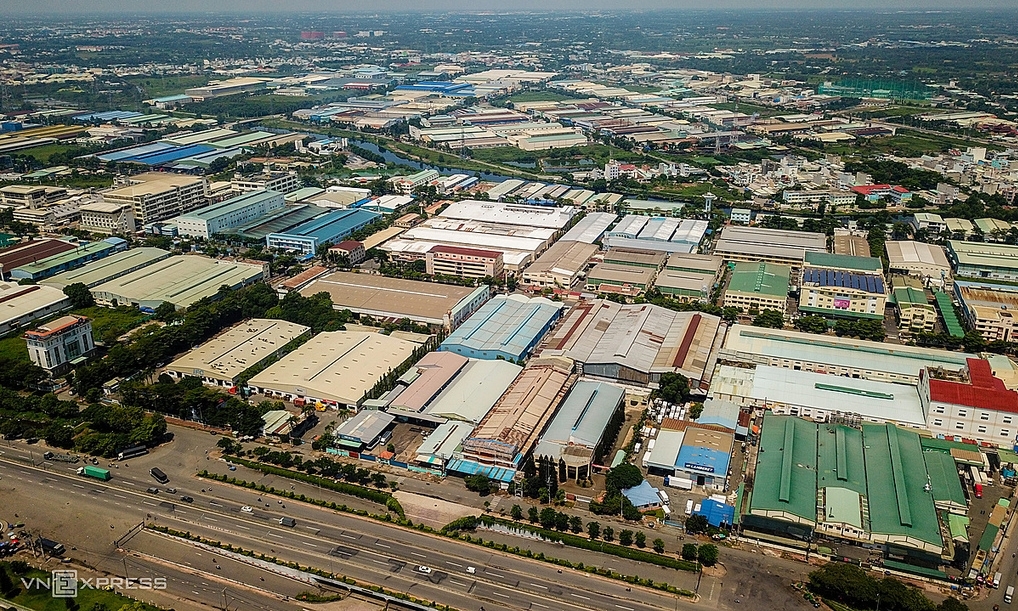 Factories and warehouses at the Tan Tao Industrial Park in HCMC

Hanoi and HCMC are favorite FDI destinations because their warehousing rents, labor costs and electricity and fuel prices are among the lowest in the world.

A study of industrial real estate in 54 cities in 21 countries by property consultant Savills shows that the two Vietnamese cities have among the lowest warehouse rents in the world.

Property costs do not tell the whole story, and labor costs are typically the largest component of warehousing operation, usually making up more than half of all operational costs, according to Savills analysts.

The average labor cost in all the markets studied is $11 per employee per hour.

Electricity and fuel costs, for the running of buildings and vehicle fleets, are also a major factor in warehousing operations.

The markets with the highest warehousing operation costs are London in the U.K., Stockholm in Sweden and Tokyo.

Savills analysts said the boom in e-commerce, especially amid the Covid-19 pandemic, is boosting warehouse demand in a majority of markets.

They expect the pressure on warehousing costs to continue.