VIETNAM'S ECONOMY PICKS UP, BUT VIRUS COULD WEIGH ON OUTLOOK

VIETNAM'S ECONOMY PICKS UP, BUT VIRUS COULD WEIGH ON OUTLOOK 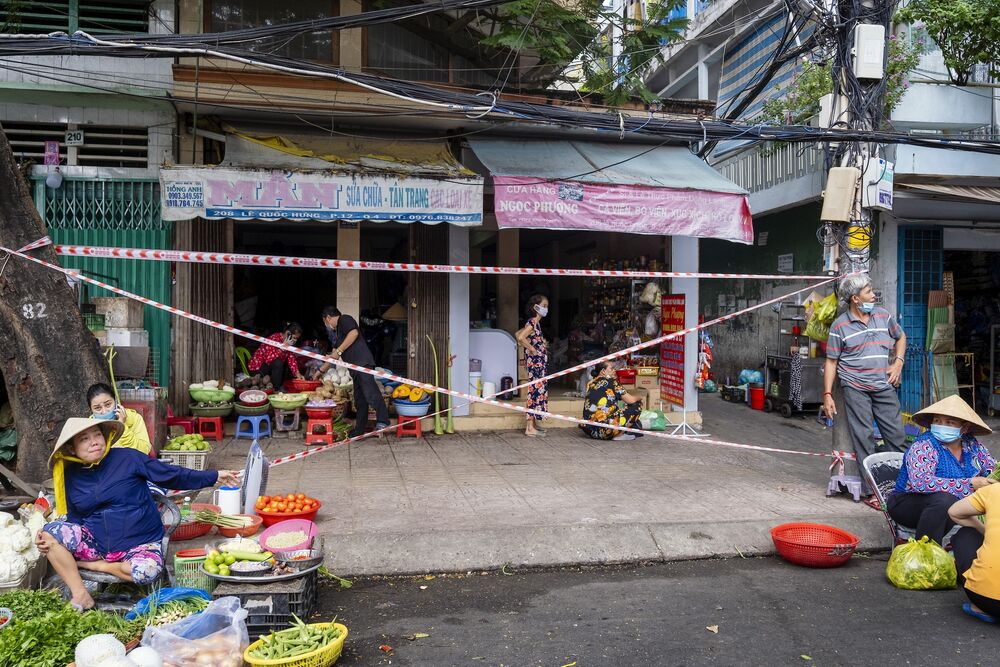 Vietnam’s economic growth accelerated in the second quarter on resurgent global demand, even as the country’s worst outbreak of the pandemic temporarily shuttered key manufacturing hubs.

Gross domestic product rose 6.61% in the second quarter compared to a year earlier, up from a revised 4.65% in the first quarter, the General Statistics Office said Tuesday. That compared to the median estimate of 7.2% in a Bloomberg survey of six economists.

Growth picked up on increases in industrial output as demand recovered in global markets, and as favorable weather boosted agricultural products, Nguyen Thi Huong, head of the General Statistics Office, said in a briefing in Hanoi. Increased government spending also helped drive the expansion, she said.

The country’s benchmark stock index was up 0.4% at the noon break. The dong currency was stable, trading at 23,023 per dollar as of 12:29 p.m. local time, according to prices from banks in Hanoi compiled by Bloomberg.

Vietnam was successful at limiting infections during the early months of the pandemic, but an outbreak that began in late-April forced the temporary closure of industrial parks housing key electronics manufacturing hubs. Tenants included units of Foxconn Technology Group and suppliers of Samsung Electronics Co. and Apple Inc.

“Looking past the jump in year-on-year growth due to a weak base for comparison, GDP data suggest that Vietnam is facing a heavy economic toll from its efforts to control the virus,” Gareth Leather, senior Asia economist at Capital Economics Ltd., wrote in a research note. “With sporadic outbreaks continuing, the economy is likely to suffer further in the months ahead.”

The economy would need to expand at a 6.3% clip over the next six months to reach 6% growth for the full year, said Le Trung Hieu, head of the GDP dept in the statistics office.

“The 6% target is challenging” but Vietnam should be able to meet it, with no need to revise the target downward, he said. “The government is stepping up with measures to boost growth in the second half.”

The State Bank of Vietnam said last week it will hold policy rates stable in the second half of the year and pursue flexible monetary and currency policies, as it remains vigilant about rising inflation. The monetary regulator is seeking to shore up the economy amid Vietnam’s worst coronavirus outbreak and slow vaccine rollout.

Consumer prices rose 2.41% in June from a year earlier. The government aims to cap average inflation at 4% this year.

“Rising inflation reduces the likelihood of further interest rate cuts, in our view. We also do not expect rate hikes, despite improving economic and credit growth,” Standard Chartered Plc economist Tim Leelahaphan said in a research note. “However, the possibility of a rate hike may gradually emerge if inflation and growth accelerate faster than expected.”

Other details from the report:

- Manufacturing expanded 11.4% in the first half of the year

- Disbursed foreign direct investment rose 6.8% in the first half, while pledged FDI fell 2.6%

— With assistance by Nguyen Kieu Giang, and Mai Ngoc Chau